The Mount in Prayer – Virtual

The Mount in Prayer – Virtual 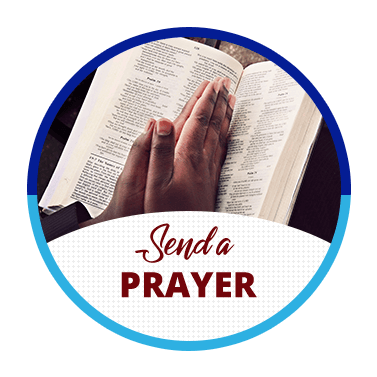 The church beginning spans back to 1907 under the first Pastor, Rev. Virgil Taylor and a few members worshipping in various locations. The church was incorporated in 1912. The church held worship service in the following locations:

On June 27, 1947, the church name was officially recorded as Paramount Baptist Church. In January 1953, Rev. Aaron McCombs accepted the call to pastor the church after the death of Rev. Sylvester Reeves. He accepted the pastorate with 37 members. In 1954 with a growing membership, the Church purchased a building at 723 First Street NW. Under Rev. McCombs’s administration, Paramount held a mortgage burning service after paying off the building in 1957. There were 200 members on the roll. Existing organizations were reorganized and many more were established. By the year 1962, the membership grew to 300 members. The church worshipped at this location until 1969.

The church conformed to the specifications of the Redeveloping and Land Agency Act in 1964 that we must vacate the space for the area was being redeveloped.

After a search for a new church building, Pastor McCombs and the officers located a lot for sale where they could build a new church. This lot was 3924 4th Street SE. After presenting this idea to the members in a business meeting it was accepted and the building process began. Groundbreaking was held in April 1967. After securing the necessary permits and obtaining the funds for the building from a financial association the work began. The new edifice was completed in 1969 and Pastor McCombs lead the parishioners in this present church home. The building was constructed at a cost of over $250,000.00 with the membership at the time exceeding 800 members. Many new clubs and auxiliaries were added. This enhanced the fellowship that existed at Paramount.

There were many accomplishments under Pastor McCombs’s leadership. The construction of the parking lot in 1975 and the acquisition of the education building next door in 1978 were two significant achievements.

On March 28, 1980, the church was faced with the untimely death of Pastor McCombs. During his 27 years, Pastor McCombs served diligently at the church as well as in the community. Following his death, the leadership of the church was carried out by Chairman Deacon Newton Ray Wilson, Sr. He appointed a steering committee to handle the administration of the church until a new Pastor was selected. This committee consisted of four officers which included Deacon Newton Ray Wilson, Sr. as the Administrator, Trustee Thomas Bookard (Building and Grounds), Trustee Emerson Weaver (Christian Education) and Trustee John Spann, Sr. (Finances). This committee served for 2 years before selecting a pulpit committee to begin the search for a new Pastor. Rev. Ernest Gibson, Pastor of First Rising Mt Zion Baptist Church was asked and accepted to serve as a consultant to the committee.

On December 2, 1981, the church voted to call our seventh Pastor, Rev. Ishmael L. Shaw. He was installed on Sunday, May 23, 1982. The progress of the church continued until his retirement in October 2019 under his leadership.

Below are just a FEW of the many accomplishments we have made under his leadership:

A building permit was issued to the church for the new construction in 2006.

2017 was a historic year in the life of the church. We celebrated the 110th Anniversary of the church and the 35th Pastoral Anniversary of Pastor Shaw.  When the retirement of Pastor Shaw was announced, a Pastoral Search Committee was initiated.  In 2019, after 19 months of searching and conducting interviews, the church voted to call our current Pastor-Elect, Rev. Kenneth E. Rioland, Jr.  After 37 years of service of Rev. Dr. Ishmael L. Shaw and Dr. Kathleen Shaw, a very grand Retirement Celebration was held on Saturday, September 28, 2019.

Paramount Baptist Church will continue to grow with the changes and improvements under the transition and guidance of our Pastor-Elect Rev. Kenneth E. Rioland, Jr.  We continue to seek God’s mercy and grace to take us higher and higher in His work.